Since 6th August 2017 I’m full member of the Iona Community. There is a small Iona Family Group in Ireland: If you would like to join it or if you have any questions concerning the Iona Community, don’t hesitate to contact me!

The second part of the Theological Symposium explores the Legacy of the Reformation: Three Professors explore this from different point of views. First Martin Meiser (Tübingen) speaks about Luther’s Legacy for Pauline Studies in modern debate and explores with us in many details how Luther’s scripture readings are still in use and others are out of date. Especially the fact that modern Theology isn’t mainly from German brings new contexts into the debate. – Ruth Whelan (Dublin) outlined how the Huguenots in France had to flee and some of them came to Ireland. These are challenging memories in our time where we are confronted with refugees as well. Challenging memories, because we are still searching freedom of conscience. It is a challenge to turn memories of persecution into an ethical engagement in the present. – John McCafferty (Dublin): What have the Reformations done for Ireland? The Reformation came from England by Henry VIII. It was a Reformation based on law, the people had no choice. In contradictory to Martin Luther the services weren’t held in the people’s language which was Irish, they were in English. Most ministers came from England and can’t speak the people’s language. So in Ireland it was the opposite to Germany: Here the Catholic Church was with the people and the priests were with the people!

I take four thoughts out of the discussion 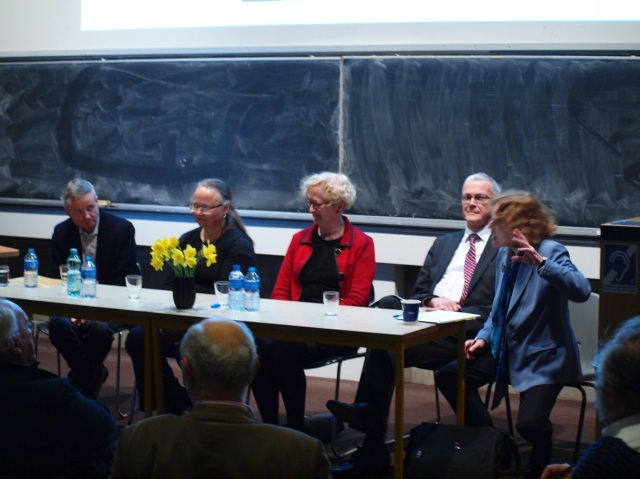 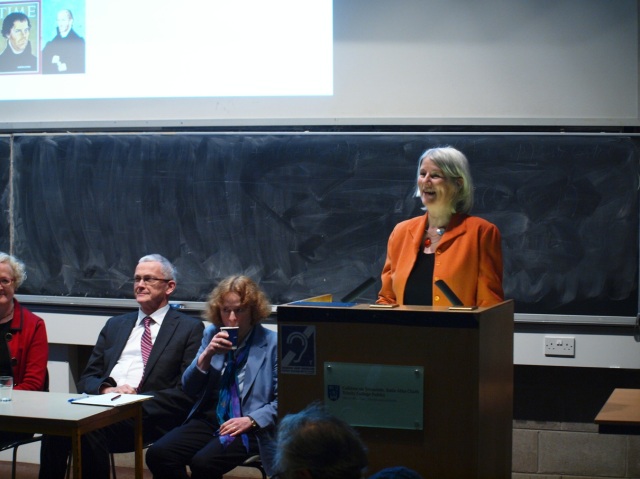